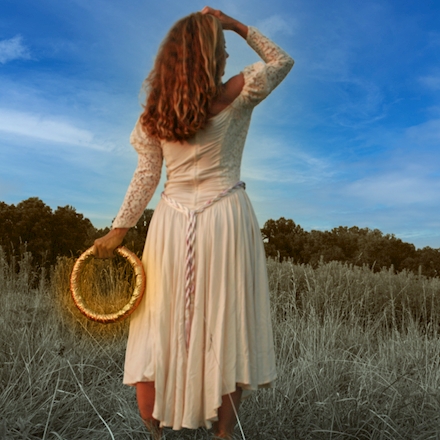 Angel Flying Too Close To The Ground

Listen to Angel Flying Too Close To The Ground!

“I have always been, and will always be a devoted and loyal follower and fan of Willie Nelson,” confesses Steve McMurry. “We got to meet Willie and hang out with him some when we played Farm Aid way back in 2001. He was so humble, gracious and just a true gentleman in every regard and made us feel so welcome and a full on part of the event.

“I first heard ‘Angel Flying Too Close To The Ground’ in the 1981 movie, Honeysuckle Rose,” McMurry recalls. “I was at home by myself while my parents were away for the weekend. We had HBO, which my parents were NOT so much in love with, for reasons of uncensored and unbridled exposure to the real world. But anyway... I do remember, clearly... chills and goosebumps when the second verse came around. I loved it immediately, and have ever since. I was just sixteen years old, and only beginning to explore my own musicianship and learning to play guitar. As a full-on wanna-be member of the new Outlaw Movement, I was already a fan of Willie, but something about ‘Angel’ hit me hard.

“I began performing the song in my solo shows about ten or twelve years ago. I always take a moment to share with my audience the absolute genius of just how expansive and grand a story Willie tells, with really no more than two verses. There's not even a chorus. Just two verses. To me this is just amazing. So this is my tribute to Willie.

“We had intended from the beginning to cover some of our heroes on this project,” he adds. “When we were discussing options for material, Jay suggested I do ‘Angel,’ and it took me maybe two seconds to decide. I have always wanted to do this song as a duet with someone, so when the opportunity came, It was clear to me: I said ‘We gotta get Woody on this.’ It was the obvious choice, and I’m grateful to Woody for helping me out.

“So,” the singer concludes, “I do this song out of respect, with humility and with a heart full of gratitude to one of my all time greatest influences and greatest heroes: Mister Willie Nelson.”

Between a years-long break from the studio and a year of performance lost to the pandemic, Acoustic Syndicate’s reemergence as recording artists has proceeded in ways that inevitably mirror the world in which they live. After their first new single, “Sunny,” a character-driven study of emotional ebb and flow, and a nod to forebears in their second — a delicious reworking of the Grateful Dead’s “Bertha” — the North Carolina legends have dished up a masterfully rocking electric anthem with their third of the year, Bryon McMurry’s “Simple Dream.”

Like “Sunny,” written by acoustic guitarist bandmate and cousin Steve McMurry, “Simple Dream” is the culmination of a songwriting process that included its own hiatus. Though Bryon is the group’s banjo player, here he switches to electric lead guitar, punctuating his lead vocals with slinky, often twinned lines that recall the sound of groups like Steely Dan. With Fitz McMurry’s punchy drums and Jay Sanders’ sinuous, pulsing bass drive underneath, the song maintains its sense of urgency even as it luxuriates in the room to stretch out for a full five minutes of groove.

Yet though the group’s live performances are famed for their ability to inspire throngs of dancing fans, here the music serves a higher purpose, supporting a narrative that unfolds as a study of humanity in crisis yet revels in the glimpse of a way forward, too. “Are you helpless? There’s no digging out from where you dug in,” Bryon grimly observes; “Gone are the selfless, as big egos shovel their big feelings in.” Still, each time the song turns to its more melodic chorus, a more hopeful note emerges. “To live a dream of love in the world, We’ve lived here before, oh but it’s been a while,” the lyric wistfully offers. “To dream of love in the world, a beautiful thing — a simple dream of love.”

“I’ve had this idea for some time,” Bryon says. “It’s somewhat of a plea for humanity, broken down to be as straightforward of a message as can be: Love. Love is better than hate.”

“The music originally was much slower,” he adds, “written for a New Orleans project with tuba and banjo and other horns that is still in its infancy. The message, though, is simple, given the past few years of turmoil in this country and globally. The song is a plea for us to take a look at ourselves and those around us and try to bridge the gaps. I’m sure I’m naive in my thinking,” he concludes, “but it’s worth a try.”

“‘Bertha’ is one of the quintessential feel-good, toe-tapping Grateful Dead songs that tells somewhat of a hard-edged story while helping us dance and boogie our blues away,” banjoist Bryon McMurry said via press release. “The song still can bring a tear to my eye to this day, depending on the mood I’m in, and Fitz’s vocal is — in my opinion — tailor-made for the song… I still feel the same emotion to ‘Bertha’ whether hearing the Dead perform it or when we are on stage performing it ourselves! It’s a joy to play.”

“‘Sunny’ is one of those things that’s been on my ‘list of things to finish’ for quite some time. Based on an idea for a short story that I was working on some years ago, it’s a discussion about love, coping with loss, hope, and ultimately, redemption. I’ve been carrying that melody around in my head for years and finally got lucky enough to find the right words to go with it. The tune was one that I was kinda holding in reserve for a possible solo project at some point. After putting it together and sharing with the other fellas, they were all in to record it. The piano (Brian Felix) and violin (Lyndsay Pruett) were part of the original idea, and it was such a pleasure to watch it materialize in the studio on a super solid track by Fitz, Bryon, and Jay. Being back in the studio after seven years has been a real treat. I love the process of recording, and I have missed it very much. Our engineer, Clay Miller, is a ‘steely eyed missile man’ and has the patience of Job! He makes the recording process an absolute joy. I’m so grateful and honored to be making new music with these dudes again.” — Steve McMurry, Acoustic Syndicate